Writing Our Remorse: 'The Sense of An Ending' 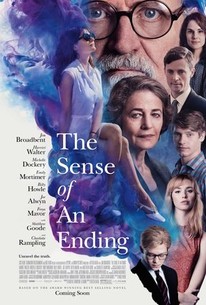 Remorse and taking stock of our smug attitudes about people is the theme of The Sense of An Ending, Julian Barnes’ novel, which in 2011 won the Man Booker Prize. A potent story told in 165 pages (and made into a movie in 2017), the novel offers yet another portrait of people who suffer from the errors of their past.

I've been on a Julian Barnes reading kick this summer. Here's my review of his new novel, The Only Story. (Last summer, I focused on May Sarton with this review of her memoirs.)

Remorse is defined as deep guilt for a wrong committed. As a writer, I identify. Remorse played a major role in writing my memoirs and my novel. There appeared no way to undo the wrong committed … guilt and shame don’t go far enough. Remorse, some say, is living with the wrong you committed, year after year, but hoping to find atonement.

How? In my case, through writing. I wrote Again in a Heartbeat to understand, and, maybe, forgive myself for my presumptions of what life is supposed to be, not how it is. My memories of that time were—and still are—acute. I realize now I acted unthinkingly, sometimes out of anger, sometimes out of wounded pride, sometimes out of deeply felt confusion and grief that I couldn’t save him. As I wrote my memoir, I learned much about myself and the healing began.

Remorse strikes Tony Webster, the main character in The Sense of An Ending. Tony is “settled” … doesn't step outside his comfort zone. Then the past pays an unwelcome visit. A middle-aged Tony learns of the suicide of a close childhood friend, Adrian, forcing Tony to reexamine a hate-filled, vindictive letter he wrote to Adrian after college. The letter has resurfaced in Adrian’s diary, left to him by the mother of Adrian’s lover and Tony’s old girlfriend, Veronica.

“Remorse, etymologically, is the action of biting again: that’s what the feeling does to you. Imagine the strength of the bite when I reread my words,” Tony says of the letter.
“I had a swath of my past to reevaluate, with nothing but remorse for company.”

Adrian’s suicide confounds Tony, especially when he learns the motivation. It is the same as Robeson, another classmate—one not as “smart” as Adrian—who also committed suicide after getting a girl pregnant. Now, Tony understands that Adrian, the "philosopher friend" he once idolized, was "no more than a version of Robeson."

How do we categorize people? Write them off, as this or that? Fail to understand someone? And how does this mount up over a lifetime? Writes Barnes: “There is accumulation. There is responsibility. And beyond these, there is unrest. There is great unrest.”

It's like hoarding. Stuff mixed up with stuff with stuff. It seems to me the "unrest," the remorse, comes from this: Why weren't we kinder, more understanding, less invested in our own egos? 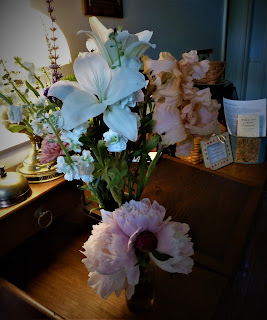 And what about Veronica? In college, Tony found her insufferable, a “tease,” emotionally inaccessible …“damaged.” When they break up and she gets together with Adrian, Tony writes both of them off. Now, forty years later, the mean-spirited letter and Adrian’s diary bring them together in a way that allows Tony reflection and reevaluation of his view of women falling into two categories: "mysterious", like Veronica, or uncomplicated and "straightforward" like his ex-wife, Margaret. There's a lot of hidden humor in the way Barnes writes this story.

How does a book like this teach us about our own lives? Divisiveness and civility—or lack thereof—make the news on a daily basis, resulting in painting people as “the other.”

What we learn from The Sense of An Ending is keep trying, keep open to acknowledging our weakness and flaws, as well as those in others … that is, if we are to quiet the unrest, and maybe find that atonement we seek.This is all fertile territory for the writer whose job is to go beyond, to question, to understand the very nature of who we are and how, in so many ways, we are all alike.

Email ThisBlogThis!Share to TwitterShare to FacebookShare to Pinterest
Labels: Again in a Heartbeat, Julian Barnes, memoir, novel, The Sense of an Ending, writing about the past