Solitude and Inspiration In the English Lake District

Somewhere along the way to Wordsworth’s Dove Cottage in the English Lake District I got to thinking how writers spend so much time in solitude they naturally gravitate to the most beautiful places. Nature, after all, provides the inspiration to accept—even revel—in the solitude and loneliness our work demands. 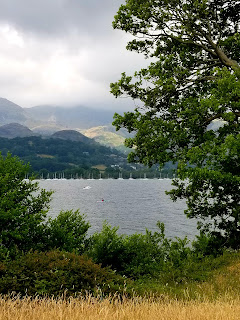 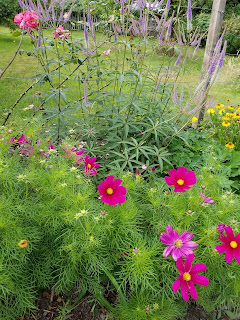 From May Sarton to Virginia Woolf, to William Wordsworth and Beatrix Potter, the writing life is separate and apart from any other. It is not, or should not be, about ego and making money or a name for yourself, but the expression—which demands to be brought forth against all odds. In nature, writers have found the sustenance to survive this most demanding life, intellectually and physically.

As I traveled the Lake District, the landscape offered insight into writing and poetry. Cottages built on gray and green hillsides hide behind lush gardens of rhododendron, roses and phlox, yew and maple. The wind whispers, the mist clears, and the lakes shimmer in sunlight.

For Wordsworth, who three times turned down Queen Victoria’s request to accept the position of Poet Laureate before finally acquiescing and then never writing another poem, success as a poet and being born into a family with income allowed him to move to Rydal Mount, a stately manor house overlooking the lakes. Here he buried his daughter on a hillside overflowing with daffodils in spring, symbolic of his famous "Daffodils" poem, which I got to read to my fellow travelers in his dining room, where he once entertained an admirer, Ralph Waldo Emerson. I received a copy of the poem, signed by his great-great-great granddaughter, Susan. 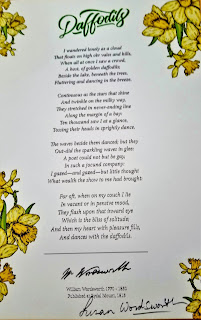 For Beatrix Potter, a woman of wealth, money meant the freedom to write at Hill Top, a cozy 17th century cottage decorated with photographs and memorabilia of family life in close quarters. The lights are left on, the fire burning, just as she wanted it after her death so that visitors to the cottage would experience the house exactly as it was when she wrote and painted.


Like the writers of her day, including Wordsworth, she self-published.  Her Peter Rabbit books caught on and the rest, as they say, is history. Success allowed her to purchase large tracts of land and farms in the Lake District, placing them in conservation easements in perpetuity with the National Trust. She is honored for that…not so much that she failed to support the feminist cause of her day, women's right to vote. The 100th anniversary of that milestone was celebrated while I was in England.


The Lake District resembles my home here in Chester County, Pennsylvania. I couldn’t help but identify with the solitude and beauty of the landscape...romantic and elegant, albeit with rain and many dreary days...a place that requires, at the very least, a modest income to write and publish.

I felt that the writers of the Lake District, including opium addict Samuel Taylor Coleridge, best friends with Wordsworth until they had a falling out, accepted death and mortality as a natural progression; that death is but a part of the journey, not to be feared.

No Internet, no social media to market and publicize work, no demand or longing to live forever. As writers, we can take away lessons from those who came before us. In the beauty of the Lakes, that moment of being as Virginia Woolf once described it, is redolent in the air … a moment that whispers that life is fleeting and in nature, the healing and the inspiration abound.

How about you? Is there a place you've visited that resonates with your journey as a writer?