Letting Go of Anxiety, Grief and Guilt Through Writing 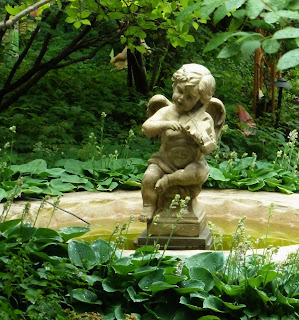 The holiday is a time of great anxiety in an anxious world. Anxiety is endemic. Things are moving at lightning speed in a chaotic world.

Maybe that's why ten years ago, I began writing my memoir. Anxiety revolved around suddenly being alone without a partner, raising two children on my own, and keeping up with a fast-paced, deadline-oriented job. Still, it took thirteen years after John died before I began writing. I literally had no idea what it would entail. I had a vague notion I would pen something entertaining, a page turner that might resonate with women widowed at a young age who resorted to online dating. I needed a creative outlet for my writing skills after my career ended.

Later, I learned that writing Again In a Heartbeat: A Memoir of Love, Loss and Dating Again offered a way to heal, a way to look at what was cracked and broken in my life. I felt terribly guilty that I hadn’t been kinder to John at the end of his life. It was this personal recrimination that haunted me and hindered the transformation necessary to grow and move on. I was stuck in reliving my own transgressions. My failings.

Through the writing and then by sharing my story with readers, I accepted that much during those final years of my marriage had been beyond my control—namely his illness and, ultimately, the tragedy of his untimely death. What was in my control was the decision to write my story. I couldn’t change the past but I could reconstruct what I had been feeling during that time and why.

At first, it was a hazy process, as those of us who go back in time and parse “turning point” events know. I learned that bad moments take hold in memory and are almost impossible to shake … for example, that terrible moment when I shouted at him, “I wish I’d never met you!” I couldn't change that reality, or ever take back those words. So, that meant forgiving myself and forgiving John. Both of us were caught in an impossible situation―terminal cancer. Now, by writing, I could stop punishing myself. I had always been too hard on myself, anyway, as John often reminded me. John had never sought my forgiveness ... that claim that somehow I had failed as a wife and as a woman, I laid at my own feet.

Not writing my story wasn't an option. Rather, it seemed the next logical step in a long trajectory of grief, anxiety and guilt. Of course, there was nothing logical about revisiting the pain and heartache of the past. In fact, it was illogical. Still, it called me and captured my imagination. That, I would later understand, was the creative within me urging me to free myself.

Writing is a way to reroute, what Biblical scholars refer to as metanoia― "a change in one's way of life resulting from penitence or spiritual conversion." (Wikipedia) The action of turning around by focusing less on ourselves and our grievances with others, means embracing the larger picture. I could no longer blame the doctors, blame John, blame God, blame myself.

Finally, there is one incident I want to share. A couple years after the publication of Again in a Heartbeat, all the hard work of going back to the past and writing came together. 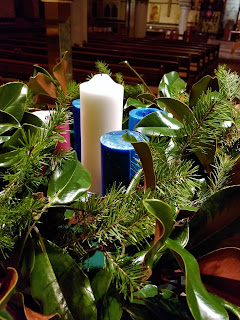 "Do you remember me?" A small woman with snow white hair stood by my table of books and bright red poinsettias. I had come to the local library to talk about memoir. She smiled and her eyes crinkled at the corners. "I'm Sandy," she said ... and then, I remembered. In a quiet room eighteen years before, the only sound was my voice breaking into a sob. "It's not fair. He was too young, too good a person to die." Sandy smiled and said, "Remember, Susan, he loved you." Now on this pale winter day in the library, my former therapist and grief counselor held my memoir, reading the synopsis on the back of the book. She looked up at me. "I have two clients who recently lost their husbands. I want to give them your book. I'm thinking of starting a grief support group in a church," she added. "Thank you for writing this."

Just those words, “He loved you” was enough―more than enough to sustain me in the years since then. That my grief had been channeled in a way that might help others also made me realize that writing and sharing my story allowed me to rise above my own darkness and move toward the light.

My holiday wish for all writers―embrace your writing. Move beyond the crisis that hobbles the spirit and will. Give yourself the gift of love. 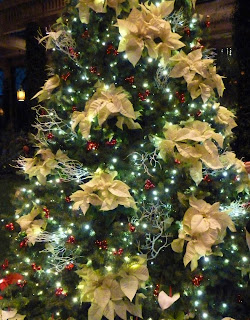 This is a perfect post for the holidays, knowing many feel anxious and alone this time of year. You know I am endlessly curious about the process of writing memoir, having just written my own. For me as well, "Not writing my story wasn't an option."

"Remember, Susan, he loved you," is more than affirmation; it is balm for the human spirit. Thanks for the inspiration this morning, Susan, and your gift of love in these words!

Thank you, Marian. Agreed, it is not an option when a story longs to be told. And thank you for writing and sharing your story, Mennonite's Daughter, with artistry and authenticity. As you've no doubt learned, as did I, the validation from readers makes the endeavor so very worth it.

Actually, that is Mennonite Daughter: The Story of a Plain Girl. My apologies.

This is a lovely post, Susan. It is so important to share our stories.They can be a huge help in this crazy world. I hope you have Happy Holidays!

Susan, you have shared an important post for this time of year, and so many of us need it. But I need it for a different reason. Since falling in 2016 and beginning an almost four-year journey with chronic pain ending in a complex sugery, I have not been able to write. I don't want to touch my memoir manuscript. I step away again and again from my blog. I find it difficult to capture thoughts and hold onto them. I've been told that some of this is due to the length of time I was anesthetized (approx. 9 hours) and that it depression related to the length of time I've been partially immobile and isolated.

Yesterday I met with a therapist in the pain center where my surgery was performed. When he learned I am a writer, he encouraged me not to look back at what I've drafted for now. He suggested I consider this another level of evolving not only in my life but in my writing. "Begin a new project," he said. "Write about this journey, your feelings, your disappointments, and more."

On arriving home, I considered his advice. I found it freeing. I need to continue to absorb his descriptive use of the word "chrysalis" and how he could see the possibilities waiting for me when the chrysalis opens. Something new, something refreshing and forgiving. Your post was well-timed for me. Thank you and Merry Christmas!

Sherrey, Ah, the word 'chrysalis'. How lovely. A word that evokes movement, not being static or stuck. I think your therapist was wise. Write about this journey. In fact, you are doing that now, here on this blog, so you are still writing. A writer can never not write, she must as surely as she breathes. Sometimes, it is for our eyes only, sometimes, it is for others, but either way putting pen to paper is an act of faith, of movement, of 'chrysalis'. This is a hard season. It gets dark much too early. I feel that too; I think we all do. As artists, what can we do? How can we make a difference? Sometimes, it is just waiting, watching listening for a sign. I am inspired by your words and your honest reflections here. So many of us are relating to your journey. Merry Christmas!

Susan, you have struck at the heart of why writing and sharing our stories is so powerful both for ourselves and for our readers. I can say, without a doubt, that writing my memoirs has relieved me of the guilt, shame and anxiety I carried around with me for years. Thank you for another lovely and meaningful post.

Susan, thank you for your gracious words in reply. I am pondering another memoir using this journey as my testament to rising above and beyond the pain. There is a genetic back story that makes it even more crucial that I tell this story. Funny, I couldn't think of doing this on my own. I need that appointment yesterday just as I needed your post as a follow-on. Thanks so very much!

Thank you, Kathy. It is so often true that writing offers us a way to move from desolation to consolation. Your memoir journey and the stories you have shared with your readers, attests to that. Happy Holidays and Merry Christmas!

Susan, thank you for your insightful post. Writing can be cathartic, and healing, as you say. It can help us to understand and to forgive both ourselves and others. When something we have written also heals or inspires someone else, our efforts are doubly rewarded.

Sherrrey. I think that memoir would be very valuable.